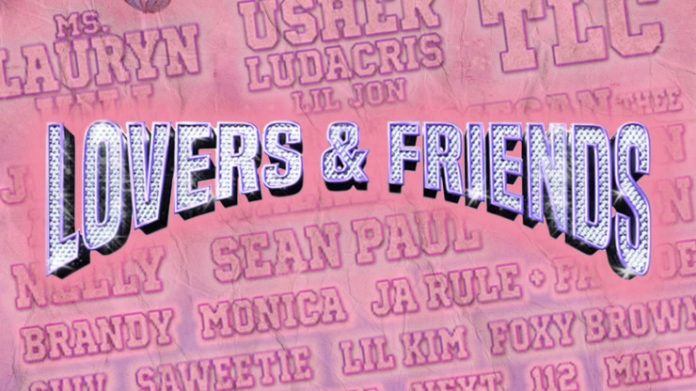 A new R&B Festival was announced on Tuesday February 18th, 2020 and created a bit of controversy online. The Lovers and Friends Festival line up started circulating the internet and there were mixed feelings among fans. On one hand, there were many excited fans because there were rumors of performers like Lauryn Hill, TLC, Usher, Nelly, Sean Paul, Lil Jon, and many other old school artists hitting the stage. On the opposite hand, some people questioned its legitmacy and thought it was too good to be true. Fans began to investigate as they hoped that their 90s and 2000s nostalgia concert would come to life.

The line up also includes some newer artists like Summer Walker, Jhene Aiko, and Megan Thee Stallion. Doubt started to set in as people pointed out that Megan Thee Stallion is also scheduled to perform at the Broccoli City Festival in D.C. on May 9, 2020. There was also multiple artists listed on the flyer that are scheduled to perform at Rolling Loud Festival in Miami that same weekend. Clearly, there was a conflict of interest there and fans started to say the festival was fake and not verified by any of the performing artists. Things got worse when some of the artists listed on the flyer, like Lil Kim, took to their social media and spoke out about not being a part of the festival.

Confirmation came in when uncle Snoop Dogg went to his social media to clear some things up. It was then we learned that he is one of the official festival organizers and he is working with Goldenvoice; the company behind the Lovers and Friends Festival. All though there was some confusion with booking, Snoop Dogg did confirm the festival was real.

In his Instagram video he spoke directly to Lil Kim and said “Get at ya folkes on DM so we can get you this money, ya dig?.” His accompanied his video with a caption stating, “Sign up for ya presale tix for Lovers and Friends Festival at loversandfriendsfest.com May 9th in LA 🤜🏾🤜🏾”

The confusion with Lil Kim eventually got cleared up and her name stayed on the flyer as a key performer.

In response to the confusion, a spokesperson for Goldenvoice said, “Our festival is 100% confirmed. Lineups are always subject to change.” They then continued to flood their official Instagram, Twitter, and Facebook pages with the flyer.

The festival posted on their official Instagram and said, “Lovers & Friends Festival 💖
May 9 in Los Angeles
Presale begins Thu, Feb 20th at 10am PT! Sign up now at loversandfriendsfest.com.
Payment plan available starting as low as $19.99 down💋”

The festival realized the popularity of the event after the controversy. In response they went on and added a second date on Friday May 8, 2020. This lineup included performers like Doja Cat, Akon, Donell Jones and Mya.

The Lovers and Friends Festival will be held in Los Angeles May 8 and 9, 2020 at the Dignity Health Sports Park. As of right now tickets are sold out but interested show goers can still join the waitlist. For more information on tickets and performances go to their website.