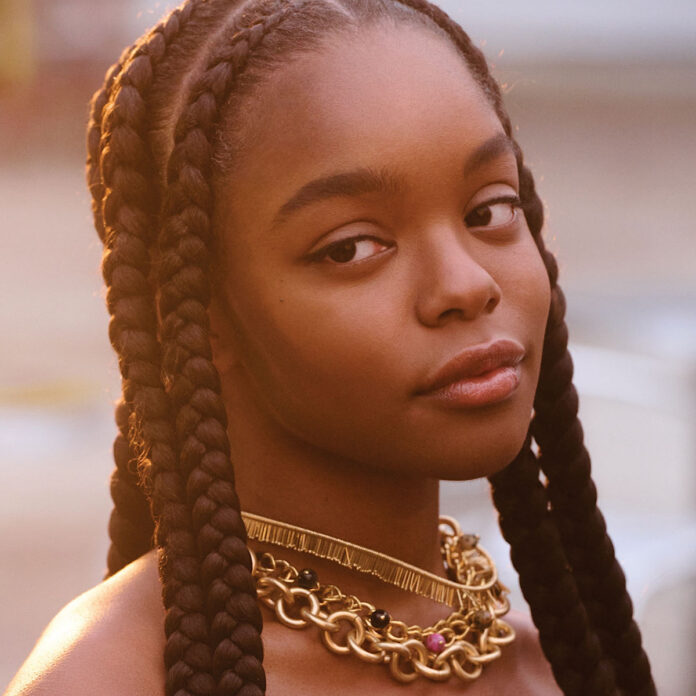 Actress and entrepreneur, Marsai Martin, has been a part of the Black-ish family since it’s premiere in 2014. This historic show has brought us laughs, controversial topics, and Black excellence on a weekly basis. After running for eight seasons, on April 19, the Johnson family has officially left the building after airing their season finale.

After the nostalgia wore off and FOMO set in, Marsai Martin posted a heartwarming tribute to the Black-ish cast and crew on social media. Only a day after the season finale premiered, Marsai (who played Diane Johnson), spoke on her time during the show. Marsai played as one of the Johnson family twins starting only at 10 years old, and now being 17 years old she recognizes how “beautiful life changing” era has been.

The actress went to IG to share a personalized note for castmates, makeup team, costume designer, and series creator Kenya Barris. “Who knew eight years could go by so fast.”

Although she made sure to speak on everyone, it looks like no one made a bigger impact than Yara Shahidi, who played big sister all these years. “I never had a big sister, and you hopped right in and filled that void,” Marsai wrote in the note addressed to Yara. “I’m so beyond proud of you and can’t wait to see you become the president.”

Black-ish birthed two spin-offs: prequel series Mixed-ish which focused on Rainbow Johnson’s biracial family in the ‘80s, and Freeform’s Grown-ish, which follows Zoey’s life in college and we can still enjoy in season 5. Even though the young mogul is not a part of any of these projects, she’s definitely making sure to keep herself booked and busy with her own ventures. Marsai will be both producing and starring in the upcoming film adaptation of B.B. Alston’s YA fantasy Amari and the Night Brothers, producing the forthcoming comedy feature Queen, producing the in-development Disney Channel roller-skating series, and starring in the Paramount+ film Fantasy Football, expected to premiere on the streamer in 2022 (all according to Teen Vogue).

Stay tuned as we watch Marsai continue to revolutionize the game.