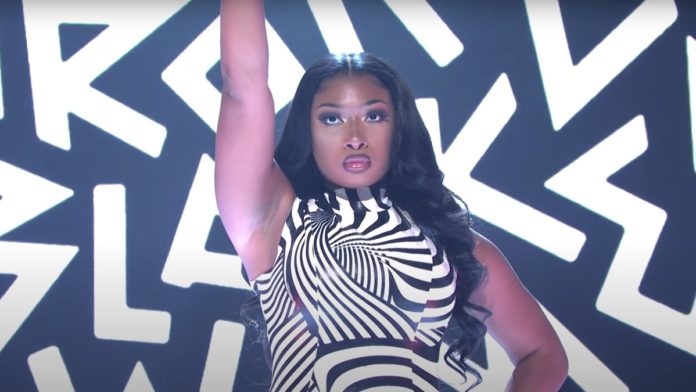 The Season 46 premiere of Saturday Night Live, hosted by Chris Rock with musical guest Megan Thee Stallion, was reported to have drawn the largest debut viewers in the last four years. The episode acquired a total of 7.765 million viewers and a 1.68 rating from adults ages 18 to 49.

Megan Thee Stallion began her performance spree with her hit single ‘Savage’ featuring Beyonce. The stage was set up with a mix of black and white swirls both in the stage design and within Megan and her dancers’ costumes. Behind her read the plea “Protect Black Women” spelled out in black and white.

Halfway through the performance there was a dramatic pause that included gunshot sound effects (relating to her shooting incident from earlier this year) and a recording of Malcom X giving a speech from 1962.

Following the recording of Malcom X, there was another by activist Tamika Mallory, speaking on the behalf of the announcement made by the Attorney General of Kentucky Daniel Cameron, a black man. The announcement read that no significant charges would be brought against the officers involved in the March shooting death of Breonna Taylor, who was killed in her own home by police during a “no-knock” raid in the middle of the night. The recording states “Daniel Cameron is no different than the sell-out negroes who sold our people into slavery.”

The powerful performance then closed out with a few more hot girl dance moves and a powerful stance rocking the infamous Black power fist.

Watch the full performance below: