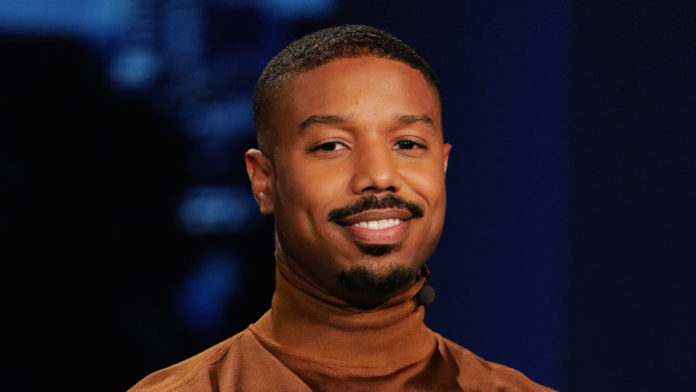 Everyone is pretty much still adjusting to life during a Pandemic, especially celebrities working on set.

Michael B. Jordan just happens to be one of them, who is working on a film directed by Denzel Washington ‘Jordan for Journal‘.

The film centers around 1st Sgt. Charles Monroe King, before he is killed in action in Baghdad. He authored a journal for his son intended to tell him how to live a decent life despite growing up without a father.

Michael opens up in an interview with Hollywood Reporter about filming with Denzel.

“It’s a love story. I haven’t had the opportunity to do an intimate love story before. Being directed by the GOAT — Denzel, himself — and being able to work with a very talented cast and actress in Chanté Adams, it’s something that I’ve been looking forward to. We’re having a blast and I’m getting a masterclass and a crazy education on character development, directing, and producing from Todd Black and Denzel Washington. It’s a great thing. I think I’m going to walk away from it a much better actor. I’m a sponge right now, just soaking it up.”

Michael says filming is set to pick back up in a month or so, of course with the pandemic still under way, filming is to proceed with caution. Michael also opens up about adjusting to life during this time.

“Almost a year into it, I have personally adjusted. You have to be more mindful and respectful of other people’s space and respect one another a little bit more. I’m a hugger, I like giving hugs so I have to remind myself to social distance and respect that personal bubble.”

The actor also addresses other obstacles he faces in working around the precautions put in place and how these have made his communication more precise.

“There are other adjustments, too. Usually, when you would be talking to somebody and maybe you can’t fully understand, you could read their lips. Now that you can’t, and it’s all by eye contact, you have to pay attention to what somebody is saying. It really makes you lock into individuals a little bit more if you want to communicate, which is a really interesting thing. I think I can [recognize] somebody by their forehead, eyebrows and eyes now more than anything. It’s interesting.”

One thing that Michael can say is that he has truly taken advantage of this time to grow as an individual.

“I grew up a lot last year. Not that I wouldn’t have done it, but I don’t think I would have done it as quickly if I would have been constantly on the road, working or distracted by a lot of the other things that would have happened without the pandemic. So, you try to look at the glass as half full and try to find the silver lining through all the tragedy, loss of life and misfortune. That was one of the things that I try to take away from it.”