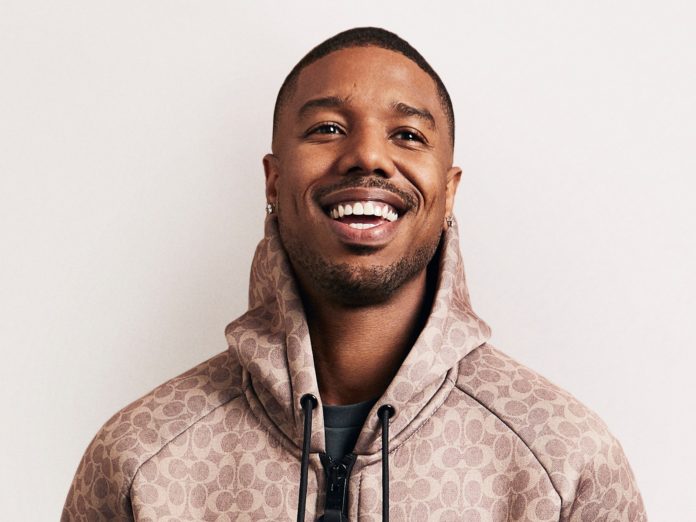 During the interview, the actor told Kimmel that he wanted to “use his body for good.” At first, the two joked about Jordan’s quarantine mustache, named Murphy “Murp,” gaining a lot of attention. The actor commented that he is planning an Onlyfans for his new facial hair, “Onlyfans coming soon– Eating fruit all types of crazy stuff, it’s going to get wild.”

The comedian replied joking that the actor would make at least $250,000 a year from the site.

But Jordan insisted that he was serious. “I’m actually going to make one,” He tells Kimmel “But like all the proceeds I want to go towards a barber school because during the quarantine, you know, there has been so many businesses and schools that shut down.”

The creed actor will use his athletic physique to help raise money for schools and small businesses affected by the coronavirus pandemic. “Yeah, it’s a thing. My barber Joe and the whole team, we’ve been plotting on that so we’re going to work the system,” says Jordan.

Jordan won’t be the first celebrity to join the platform, currently, Tyga, Blac Chyna, Bella Thorne, and Amber Rose are among many celebs that have joined the site.

Watch the full interview below!