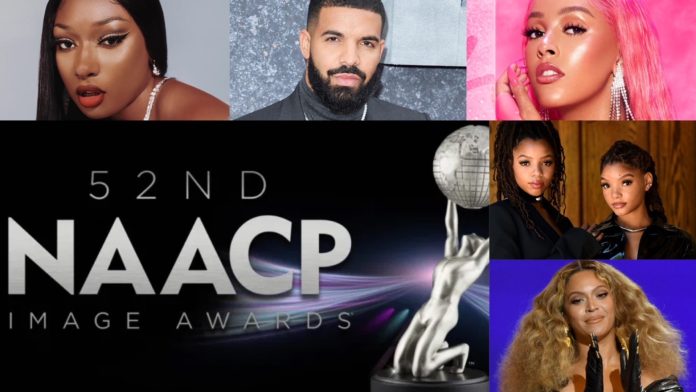 President Joe Biden and Vice President Kamala Harris kicked off the evening with a special recorded message signifying the importance of the ceremony.

Anthony Anderson returned as host of the evening for the eighth time in a row. During the non-televised virtual experience, Anderson won Outstanding Actor in a Comedy Series for his iconic role on “Black-ish.”

The NAACP Image Awards began on Monday, March. 22nd with a virtual experience. They began announcing a group of winners for selective awards every night building up to the televised ceremony. In addition to Anderson, his co-stars Marsai Martin and Deon Cole dominated the comedy series. Issa Rae also walked away with the Outstanding Comedy Series for “Insecure.”

During the ceremony, legendary entertainer, and two-time Image Award recipient Eddie Murphy was inducted into the acclaimed NAACP Image Awards Hall Of Fame. The Award was presented by Eddie Murphy’s collaborator and long-time friend Arsenio Hall.

Civil Rights Movement Icon Rev. D. James Lawson, was recieved th NAACP Chairman’s Award. In his acceptance speech, he recalled a time in High School in 1944, where he went door-to-door soliciting memberships for his local NAACP chapter in Ohio.

Image Award Outstanding Female Artist nominee Jazmine Sullivan, kicked-off the music portion with a show-stopping performance of “Pick Up Your Feelings” from her latest album Heaux Tales. Grammy Award-winning singer Maxwell took to the stage to celebrate the 25th anniversary of his debut album Urban Hang Suite. He performed “Ascension (Don’t Ever Wonder)”.

Entertainer of the Year D-Nice

Outstanding Literary Work – Youth/Teens   “Before the Ever After” – Jacqueline Woodson

Outstanding Directing in a Documentary (Television or Motion Picture)  Keith McQuirter – “By Whatever Means Necessary: The Times of Godfather of Harlem”

Outstanding Writing in a Television Movie or Special Geri Cole – “The Power of We: A Sesame Street Special”

Outstanding Duo, Group or Collaboration (Traditional) Chloe x Halle – “Wonder What She Thinks Of Me”

Outstanding Producer of the Year Hit-Boy