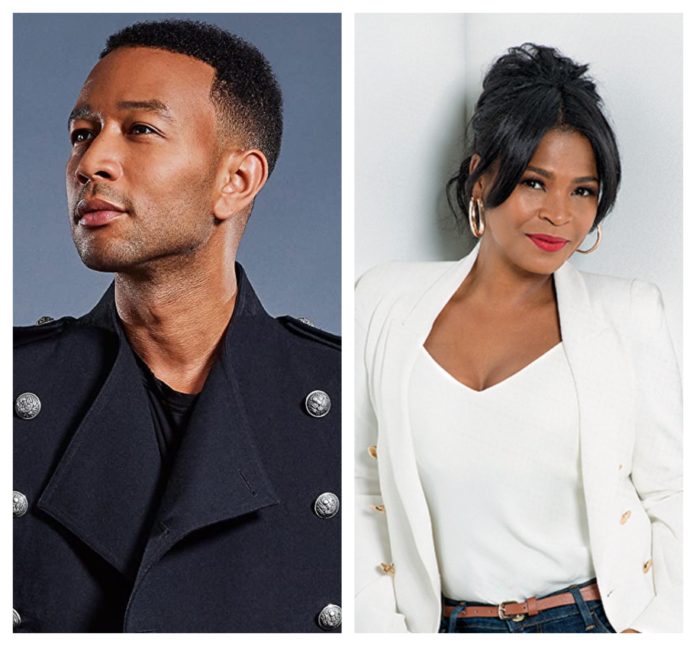 According to Deadline, John Legend’s Get Lifted Film Co is teaming with Sony Pictures TV to bring Paper Gods to television. The ABC show about money, race, and politics is being adapted from Goldie Taylor’s 2018 novel.

Paper Gods follows the story of “the mayor of Atlanta and a washed-up reporter who investigate a series of assassinations, and uncover a conspiracy that reaches into the heart of the city’s political machine,” according to the book’s description.

Nia Long, who is set to star and executive produce, will play Victoria Dobb. “Victoria Dobbs is a beautifully flawed and complicated character. I look forward to exploring her journey as a wife, mother and politician. Paper Gods highlights the profound impact Black women have on American politics and the world.”

Long warmed up her acting skills again by working in Netflix’s Fatal Affairs in July 2020.

Showrunner, Tasha Gray, said in a statement, “Nia and I came together in remembrance of our friend, and my mentor, John Singleton. From that friendship blossomed an opportunity to tell a profound story that’s near to my heart,”

It is reported that production will begin in 2021, buckle up!