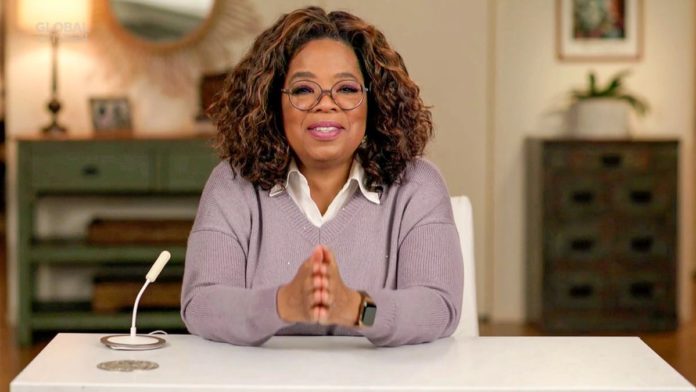 In an exclusive virtual discussion aired by PEOPLE, Oprah Winfrey sits down with her co-author Dr. Bruce Perry. The duo discusses their new book, What Happened to You?, and how past traumas can still affect mental health.

“I started thinking about what happened to me in my life to make me who I am,” Winfrey explains. ” Why do I have the fears [and] the apprehensions that I carried for a long time? That question is invaluable for anybody who is interested in self-evolvement [and] self-awareness.”

Their candid discussion is a part of the Mental Health Coalition’s 1-2-1 series. Perry advises that understanding one’s past is “essential” to understand their mental health. Winfrey agrees, noting the different ways the brain forms for people who have their “need met at an early age” compared to those who didn’t.

“What I had learned is if you didn’t get what you need at that age, you spend your life searching for that thing based upon what happened [to you],” She states. “Or as Bruce says in our book, What Happened to You?, it’s what happened to you and [it’s] equally as important as what didn’t happen to you.”

Over the years, the talk show host has used her platform to discuss her own past traumas. In 1986, Winfrey opened up about the sexual abuse she faced as a child. Winfrey explains that she was sexually abused by her uncle, cousin, and a family friend as a young girl.

Last month the media mogul appeared on The Dr. Oz Show. While there, she recalls a domestic violence incident between her grandparents as a child, which resulted in her fear of sleeping.

“After that, my grandmother put a chair underneath the doorknob and some tin cans around the chair,” she reveals. “And that is how we slept every night. I’m sleeping, I always slept with, listening for the cans. Listening for what happens if the doorknob moves.”

Winfrey is adamant that understanding the connection between your past trauma and current mental health challenges is not to place blame. But rather to help readers gain “a better understanding” of who they truly are.

Winfrey and Perry’s book, What Happened to You? is available now. Watch the candid conversation between the two authors below.

A post shared by The Mental Health Coalition (@mentalhealthcoalition)