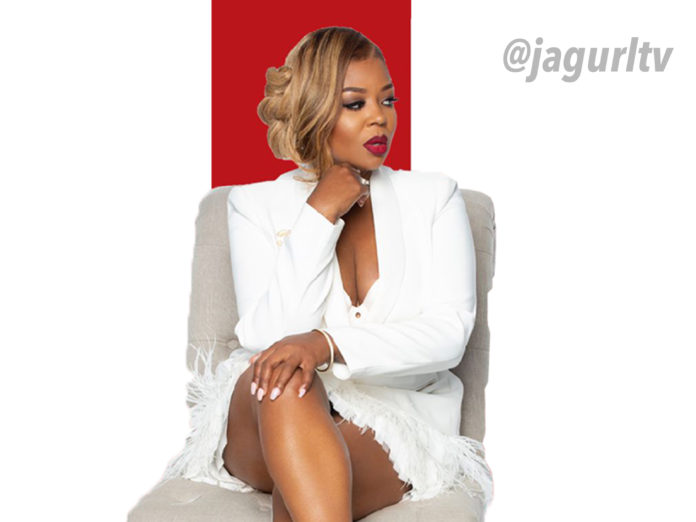 Princess Banton-Lofters also known as Producer Princess is not only the Founder of Real Housewives Of Atlanta franchise, but she has so many other notches under her belt. She is the Development Producer for many networks including MTV, VH1, BET and BRAVO. Producer Princess juggles being a mother along with being a CEO, author, wife and more! She sat down with JaGurl TV’s Founder and CEO JaGurl Ravin to discuss everything from mentorship, reality tv and more on the JaGurl Ravin Podcast.

In the interview, we gained access into Princess’s personal life. She was born in the Caribbean country of Jamaica, and moved to Toronto, Canada at a young age. She later moved to Atlanta Georgia with her husband for career reasons. It was there in Atlanta that she found the inspiration for the RHOA Franchise it is today. The Franchise for Real Housewives originally took place in Orange County, California.

Producer Princess gained the inspiration for the show through her friend who photographed eye candy models. She then thought that it would be a great idea for a show. She originally created a pilot for a show called “DimePiece”, but after her meeting with producers in LA she quickly switched gears and 3 weeks later Real Housewives Of Atlanta was born.

Nene Leaks was at the heart of it all. “I remember when I walked in her door she was just so open, she was the same person you see now, but of course of she’s a Star now. But it was like she was a star then. She took a chance on me in terms of just really giving me her honest and true self.”

As the team began creating the RHOA, Producer Princess envisioned for the show it be for African American women in Atlanta. “For me I was really pitching a group of black woman who had that life whether it was apart of the RHOA franchise or not.—Being from Canada, especially 11 years ago. We didn’t have reality shows even now we still have broadcasting rules we still can’t say the b word and all that stuff— I grew up in that conservative not real reality type stuff.”

The production moved to Atlanta and RHOA reality show we all know today was born.  With over 10 years in the television industry, that was not originally what Princess wanted to do. “I was a technical underwriter. I went from the beauty world, I owned my very first business at the age of 20-21. About a week before my 21st birthday, I said I was already in aesthetics in the beauty world. I didn’t want to work for anyone. I walked into a mall and said I can do aesthetics in your salon, this was before they did salons sweet child so I just walked into a back room and said “Hey I can do aesthetics, do you need it? And from that point it was literally I don’t think I ever worked for anyone since then.” She even gave a word of encouragement to the listeners “I felt in my heart that whether or not I had taken those initial steps, I could still make that show (RHOA) happen.”

Princess Producer is an inspiration for many. She is a strong-willed ambitious personality. Throughout the Podcast it revealed her personality, her determination, and her upbringing. While sharing who she was, she also spoke to JaGurl Ravin about her viewpoints and experiences on the entertainment industry .

“A lot of people were confused or they weren’t happy about things. People are always like that, have something to say—so it’s not as bad Season 1 and 2 I personally got like hate mail and people early on found out who I was. Even though I kept my head down and worked- People found out and personal attacked me especially since I was an African American woman. They were like how was this Blackwoman allowing this—” but you know that’s not how it works in television. I became even more anonymous or I chose to really step behind the scenes.”

Even after having her first child at a young age, she did not let what the world considers “a set back” get in the way of her dreams of success.  Many people throughout her life have proclaimed to her that she will be successful throughout her life. As Princess was reflecting over her life during the interview she said, “When people encourage you and let your light to shine, you can really hone in on that at an early age and say it’s okay for me to be different and still be able to make it and do it. Whatever that different is.”

To listen to the full interview click here https://www.spreaker.com/user/jagurltv/ep2-finish-the-scene-w-producer-princess

Check back in for more updates here at JaGurlTV.