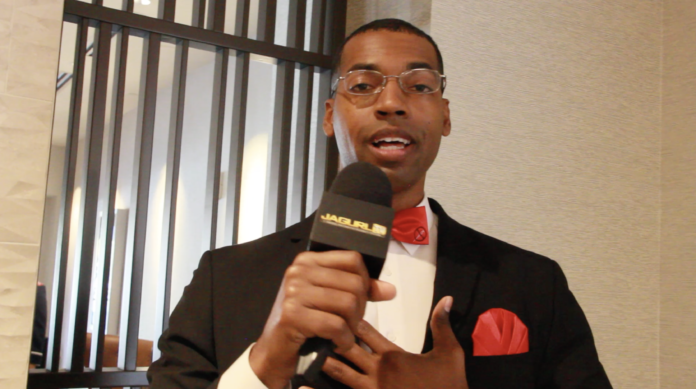 Born and raised in Compton California, Doctor, influencer, activist, author, and researcher Ronnie Steven better known as Rizza Islam has spend years (and multiple social media accounts) bringing awareness to facts behind what many believe is ‘misguided’ and false truth behind this nation. His outspoken/humorous personality, and bravery to speak out has won him millions of fans and supporters from all over the world.

In an exclusive interview, JaGurl TV sat down with Islam to dive deep into his upbringing, fearlessness, and his new book ‘Message to the Millineals’.

Growing up with 5 brothers and 5 sisters, Islam was proud to express his mothers strengths raising all of his siblings as a single parent. “My mother is a solider,” Islam explained, “she was a nurse and then she moved into naturopathy, and before that of course MGT (Muslim Girls Training) and the Nation of Islam. Raising us by herself, a young women who had 3 different clinics, I mean she was really putting in work.” Although he didn’t have much growing up, Islam shared his gratitude and love for the hard work and powerful influence his mother had in his life.

With a strong women like his mother supporting him, Islam has over the years evolved into the leader that our nation needs during this time. “I started working in a non-profit social betterment program, a literacy and drug education program,” Islam tells JaGurl TV, “so my people at the lowest condition is who I’m working with. I’m sitting across the table from people who are on drugs, coming out of the prison system; people on probation, people who are trying to get their children back, brothers who can’t read or write 30, 40 50 years old. This is our people at the bottom.” Islam continued, “Thats who I’ve been use to working with since I was 9 years old. What in the hell am I fearing this government for? I’ve been down their with my people, I know exactly what it looks like, so what else can you do to me?”

Islams new book “Message to the Millineals” was created to share the truth and overall application of facts, knowledge, and wisdom about our nation. The books ‘note to readers’ encourages you to be willing to look at and understand perspectives that may not be your own. “In 2017 the FBI came out with a new classification, new label, new ‘description’ for young black people who love our culture, our people, and are willing to stand up against wicked authority. They said these are ‘BIE’ (Black Identity Extremist), I said ‘What the hell is that?’,” Islam continued, “because of all the different shootings that took place in 2015-2017 there was a rise in black conciseness where black folks were fighting back, police officers were getting shot, a lot of stuff was going on, a lot of riots. So they (FBI) said ‘we can’t let them get back to the 1960s type of mantality, we don’t want that’, but that is what they saw. So they said ‘we are going to re-instituinalize a system where we classify them (black people) as the problem.”

With the rise of black communities, Islam understood that it was time for him to take action. “When I saw that I said ‘Oh I see what they are planning to do, they are going to come after us through social media, they are going to come after us through our food, through out water, through education, through spirituality, like they already did, but they are going to ‘amp up’ the moves.’ I already saw that, so I said ‘I have to put something together to give us some ‘cheat codes’ as you (interviewer) mentioned to help navigate through this system in a way where we won’t get caught up in it’. We have to do it in a way where we understand God is above all else.”

Through this motivation, ‘Message to the Millineals’ was created. “I said ‘I have to write a book with just enough information that will help this generation to catch up so that they can see what the enemy is doing, what this system is doing.” In addition, Islam mentioned his book was also inspired by ‘Message to the Black Man’ by Elijah Muhammad.