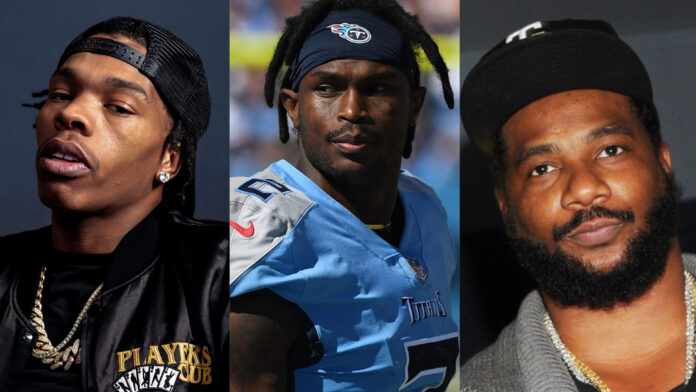 Atlanta’s own Lil Baby, Julio Jones, and Polow Da Don will host a turkey giveaway for the holiday season. The event will take place on November 23rd at Greenbriar Mall from 4 pm to 10 pm. The event is free and will include carnival rides, games, and more. In addition to sharing a last name, American recording artist Lil Baby, Atlanta Falcons former wide receiver Julio Jones, and record producer Polow Da Don are deeply devoted to their community.

Lil baby is no stranger to philanthropy and community outreach. JaGurl TV previously reported that the Atlanta native donated bikes to the youth in Atlanta and partnered with Footlocker to renovate a basketball court in Oakland City, where he grew up. Recently, as a gift to the community, he bought out Footlocker’s entire inventory to give back to the youth.

Throughout his career, the Drip Too Hard rapper, has promoted and performed generous acts of charity. Last year, he announced that the revenue from his hit single, “The Bigger Picture,” would be donated to support Black Americans. In addition, Lil Baby advocated for institutional reform by accompanying George Floyd’s family to the White House to visit President Biden about the George Floyd Police Act.

Lil Baby demonstrates a passion for his community and aims to make a real difference in the lives of those from the same background as himself. Lil Baby’s efforts to impact individuals and exert his influence goes beyond his music.