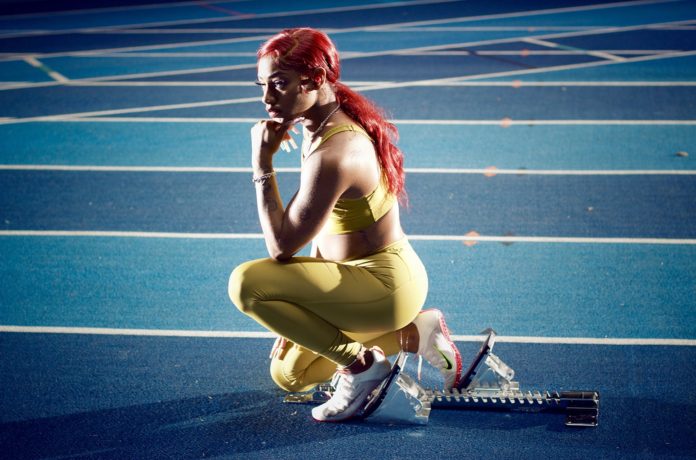 Sha’Carri Richardson will not be running this year’s Olympic Games, but the sprinter made her debut in a new Beats campaign aired during the NBA finals on Tuesday (July 21st).

The ad not only highlights “America’s fastest Woman,” showing her talents in the 100m dash but also features Kanye West‘s single “No Child Left Behind.”

West’s newest track will appear on his upcoming studio album, “Donda.” The album will debut this Friday (July 23st), following a slew of listening parties popping up throughout the USA.