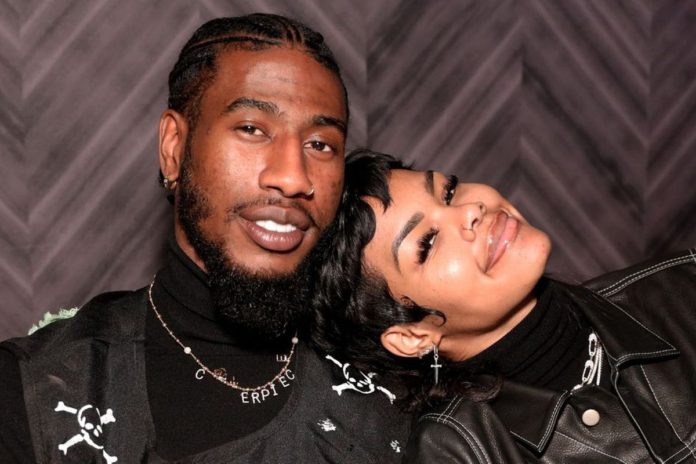 Teyana Taylor and her husband Iman Shumpert return to reality tv with a new series titled “We Got Love: Iman & Teyana.“

The series will air on E!. According to the network, the new series will follow the couple as they juggle their family, careers, and multiple business ventures.

Previously, Taylor and Shumpert starred in “Teyana & Iman,” a reality television series on VH1. This series gave viewers a behind-the-scenes look into the lives of the newlyweds. At the time, Taylor and Iman were only married for two years and their eldest daughter, Junie, was a toddler. Taylor was focused on balancing her acting and music career. While Shumpert, who played for the Cleveland Cavaliers, was attempting to break into the music world. Their reality tv show on VH1 lasted one season.

But since then, the couple’s lives have changed drastically. Taylor and Shumpert welcomed their second daughter, Rue Rose, last September, making the now 5-year-old Junie a big sister. Big sister Junie is already an entertainer; she can be seen dancing and singing in videos posted on both her mother and father’s Instagram pages. Shumpert has returned to forcing on music after being waived by the Brooklyn Nets. And recently, Taylor announced that she would be retiring from music.

This past December, the singer announced she was retiring from music due to feeling “underappreciated” within the music industry. Although the announcement follows Taylor’s Grammy snub, the singer explains that her decision is based on her strained relationship with her record label, G.O.O.D Music/Def Jams

Since stepping back from music, Taylor has appeared on “Coming 2 America“, the sequel to the 90’s classic “Coming to America“. She has been reported to be working on a biopic, where she will portray Dionne Warwick. She’s also been developing her skills as a director. Last year, she directed a music video for

Currently, there is no set date for the premiere of “We Got Love: Iman & Teyana.”