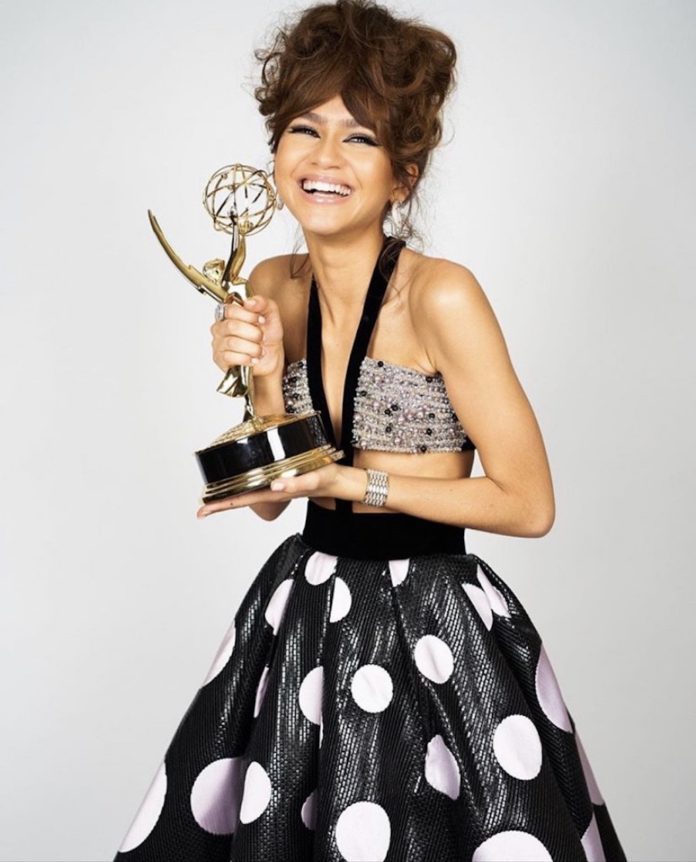 Zendaya never ceases to amaze us with her talent and drive in this tough industry. The 24 year old actress made history during the 2020 Emmy Awards by becoming the youngest and second-ever black woman to win in the category best lead actress in a drama!

The star of HBO’s Euphoria was up against great names in the industry such as Laura Linney and Jennifer Aniston. In the HBO series ‘Euphoria’, Zendaya plays 17 year old Rue who is a drug addict fresh out of rehab trying to maneuver through obstacles such as sex, drugs, friendships, love, identity and trauma. The series touches on topics that in a way every teen can instantly relate to. Based on the writing and performance by the cast, the series received six nominations this year.

Zendaya who was overjoyed with excitement, expresses gratitude to her peers and supporters, “I just want to say that there is hope in the young people out there,” she said. “And I just want to say to all our peers out there doing the work in the streets: I see you, I admire you, I thank you.”

A second season of Euphoria is currently in the works. Although there is not yet a release date, Zendaya shared a couple of teasers on Jimmy Kimmel Live. “The producers are working on a bridge episode that can be done with a limited crew,” in order to “have something to live on until we are able to go into season two.”