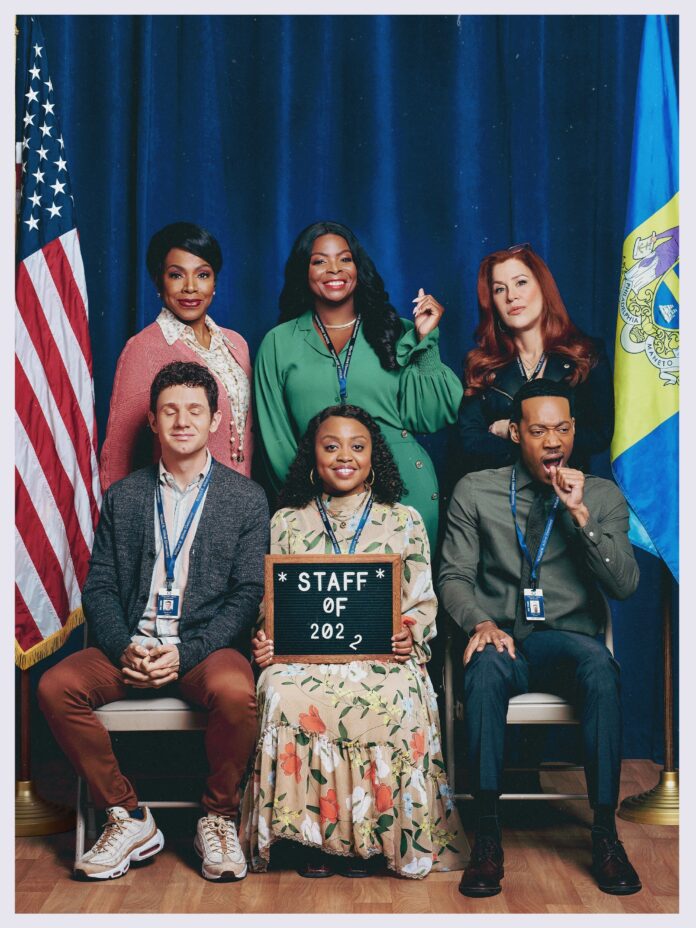 She may never have been on a nice date, but Quinta Brunson is still an American actress, comedian, writer, and producer. Many fans know her either from her initial social media sketch series, Girl Who Has Never Been On A Nice Date, or her various sketches and blurbs content for Buzzfeed Video.

The premise of the smashing hit follows the above group of expressively passionate Philadelphia public school teachers and vastly comically aloof principal (Ava), as they show determination to help their students succeed and thrive in education and life. The hilarity ensues mostly between the frequent overreactions of Teagues and the underactions of Ava as they navigate being in an underfunded school system, forcing them to be creative in how they angle their pupils’ success.

“Ahh, Abbot’s, got money,” and they want to give back. So Brunson thought it proper and fitting to rededicate funds in the show’s promotion budget to better support schools like Abbott.

“It’s about being able to make those kinds of decisions that really excite me, things that can really materially help people,” she said on NPR’s Fresh Air.

With the success of the teacher-centric show, Abbot Elementary, ABC is partnering with Scholastic books and offering free book fairs to underfunded schools throughout the country.

“Giving back to this deserving community has been a pillar of our campaign from day one, and thanks to several incredible partnerships, like our collaboration with Scholastic, we’ve had the great fortune of celebrating teachers through supply donations, grassroots activations, and more, while also sharing the joy of our hilarious new comedy,” Erin Weir, executive vice president of marketing for ABC & General Entertainment, told Variety.

“Our mission at Scholastic has always been to support teachers and provide them with the resources and materials needed to build warm, positive classroom experiences for their students. That’s why we are so thrilled to team up with ABC and Abbott Elementary — a show dedicated to uplifting educators and reflecting their experiences — to put books into the classrooms that need them most and get kids excited about reading and learning,” added Billy DiMichele, senior vice president of creative development at Scholastic.

Also attributed to the show’s success, ABC is relaunching their Traveling Teacher’s Lounge mission to provide schools and teachers additional classroom supplies, food, books, and some memorabilia from the show.

You can continue catching up on your Abbott Elementary homework every Tuesday at 9:00 pm ET on ABC.