Home Featured Stories BEHIND THE SCENES: The Life of an International Television Veteran 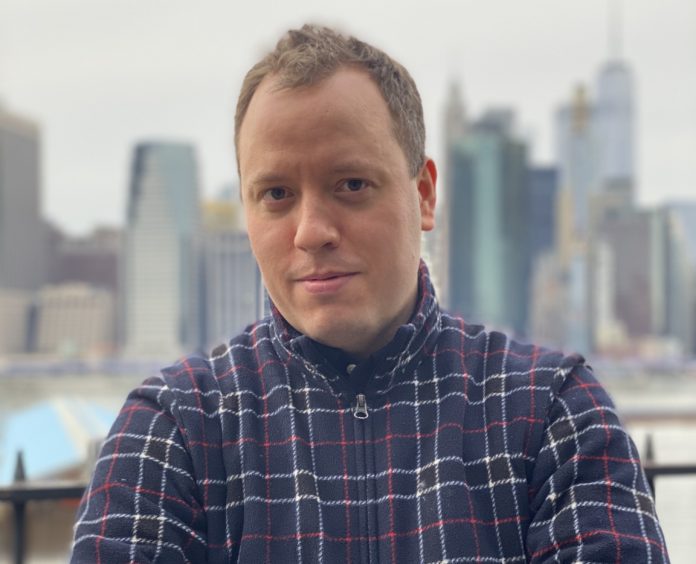 For the past decade, award-winning producer Victor Plank Harms, has been involved in the creation of a myriad of well-crafted TV moments for international networks and streaming platforms. Putting his diverse skillset to work, he has produced a variety of unscripted programming filmed across North and South America, Asia, Europe, Africa, and the Artic. Now based in New York City, Harms has contributed his unique skills to the production of some of America’s most successful unscripted shows.

In addition to his successful career in the US, Harms also holds a reputation as one of the most accomplished senior producers working in unscripted television in Denmark. He has produced some of Scandinavia’s most popular shows, including Paradise Hotel and Ex on the Beach — which have
both received Danish Reality Awards. Harms has worked around the globe, working on shows such as the Danish adaption of the hit UK-format 50 Ways to Kill Your Mammy in which a comedian takes his mother around the world for on an action-packed journey. He has also created and produced the documentary series The Young Greenlanders, which portrays the culture of remote Inuit life, for largest broadcaster in Denmark, DR1.

Most recently, Harms was the story producer for Let’s Roll, a series created for the new streaming platform Quibi. The show follows cannabis artist Tony Greenhand as he connects with different celebrity marijuana enthusiasts to make their wildest cannabis dreams come true. The show
features high-profile actors and comedians such as Hannibal Buress, Blake Anderson, and Nikki Glaser. As comedy is Harms’s expertise, he has also been involved in the production of the successful show Impractical Jokers: After Party, hosted by former NSYNC legend Joey Fatone. This spin-off is based on truTV’s tentpole series Impractical Jokers, which was ranked cable’s #1 unscripted comedy in 2020. In this interview, Harms gives us a glimpse behind the scenes of some of his most influential work.

The last season of Impractical Jokers has just aired its two hundredth episode. What has it been like for you to work on one of the most successful comedy shows in the US?
I have been a fan of Impractical Jokers since season one. I remember watching the first episodes thinking the producers on the show must have the most fun job in the world, and I was right. It has been a dream come true to work on the show, and After Party is such a playful format that fans love to watch including myself. I’m still a huge fan of the show even though I spend hours producing it. Is that weird?

What is a highlight of your career?
The Young Greenlanders is my most important work. The four-part documentary series focuses on a generation of young Greenlanders struggling to break down prejudices about the Greenlandic society, an area that has the highest suicide rate in the world. I think we managed to show how incredibly talented, ambitious, and tough this new generation of Greenlanders are. I’m also proud to have been working with Emmy-award winning companies such as ITV America that produce some of my favorite
shows like Alone (History) and Queer Eye (Netflix).

Ex on the Beach was already a major success in the US. Why do you think the Danish version was so popular and won an award?  Ex on the Beachwas already a major success in the US, the UK, and several other countries before we replicated it for Discovery Networks Denmark. Though the premise is really good, I think we won an award because of our amazing cast, the authentic love stories that developed on the show, and the remarkable team behind the camera that truly knew how to master a reality format.

You have worked on high-profile shows that are filmed in exotic locations around the world. Is it glamorous working as a TV producer? Oh, haha, well, that really depends on what show you are working on. I have traveled the world as a field producer directing scenes about female inmates in an overcrowded Philippines prison, and then I’ve also filmed Italian men living with their moms, and tough Inuit hunters in Greenland. When I produced the celebrity survivor game show Divas in the Jungle with Warner Bros in Ecuador, I practically slept in the rain forest surrounded by wild animals, mosquitoes, and waterfalls, which was an amazing experience, but definitely not glamorous. I have stayed at some very fancy five-star resorts when filming in places like Dubai and Mauritius, but I honestly don’t care about luxury hotels and gourmet food when I am working. All I care about is the story.

Can you reveal something about your future projects? What do you have in development and production?

One thing I can reveal about my forthcoming projects is that I’ll be working on a public service documentary series called Between Islands. Some of the initial filming has already been done for this series, but it will swing into full-time production in the future. It’s a really interesting project — it will be shot over a longer period of time, and aims to explore the history of public places in Manhattan. I’ll also be producing a major broadcasted fashion event and several docu-series. I’m very excited to get going on these productions.