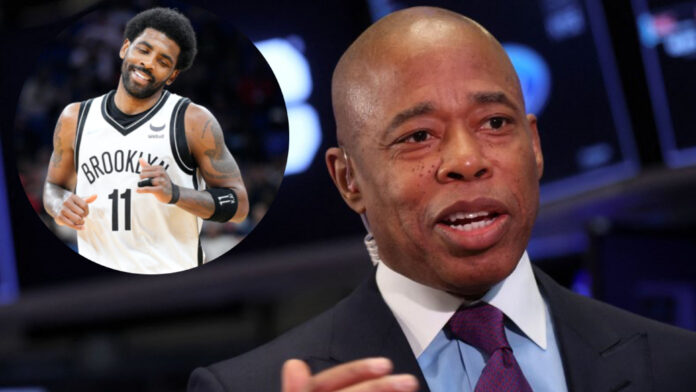 Eric Leroy Adams is a retired police officer now serving as the 110th mayor of New York City. Today he is under mixed public review for his special ordination of a covid mandate for his city. He has partially lifted a vaccine mandate that excludes citizens that are not famous or athletic.

Adams is quoted stating, “the timing is exactly where it needs to be” regarding loosening some reigns surrounding the pandemic. “Covid is a battle. Our economy is a battle. We need to recover our city from crime, economic devastation, and uncertainty.”

He believes it was unfair of performers to be allowed to curt a loophole over vaccine mandates allowing them to operate in the city given their operations were not based in New York City. “We treated our performers differently because they lived and played for home teams?” Adams said. “It’s not acceptable.”

One high-profile beneficiary of this policy change is NBA Brooklyn Nets player Kyrie Irving. Before the change, he had been barred from playing due to his discussion to being unvaccinated. Earlier this year the team was fined $50,000 for his appearance in the locker room while remaining unvaccinated against covid-19.

A significant outcry from the city’s largest police union to expand the new ordinance to benefit officers. “If the mandate isn’t necessary for famous people, then it’s not necessary for the cops protecting our city in the middle of a crime crisis,” Police Benevolent Association Pat Lynch said. “They don’t deserve to be treated as second-class citizens now.”