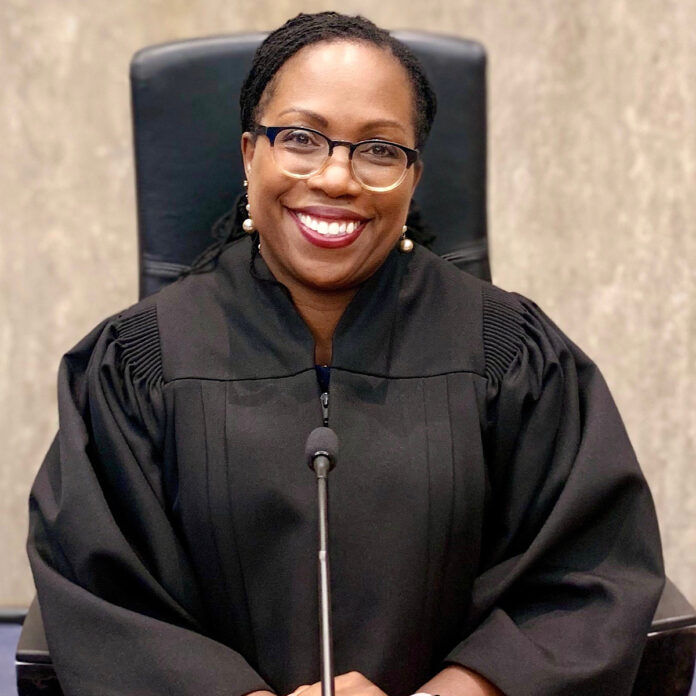 Judge Ketanji Brown Jackson is an American attorney and jurist. She was appointed to her most recent position as a federal judge of the United States Court of Appeals for the District of Columbia circuits in 2021. As of February of 2022, she has been nominated by President Joe Biden to be a Supreme Court Justice.

This year’s black history month story possesses even more esteem as Judge Jackson is poised to be the first Black woman to sit on the Supreme Court, the highest court in the nation. “Today, as we watch freedom and liberty under attack abroad, I’m here to fulfill my responsibilities under the Constitution, to preserve freedom and liberty here in the United States of America,” President Biden said introducing Jackson to the White House reporters. “For too long, our government, our courts haven’t looked like America,” Biden adds. “I believe it’s time that we have a court that reflects the full talents and greatness of our nation with a nominee of extraordinary qualifications and that we inspire all young people to believe that they can one day serve their country at the highest level.”

Jackson agrees that her journey to this point is both miraculous and humbling.

“I must begin these very brief remarks by thanking God for delivering me to this point in my professional journey. My life has been blessed beyond measure, and I do know that one can only come this far by faith. Among my many blessings, and indeed the very first, is the fact that I was born in this great country,” she continues. “The United States of America is the greatest beacon of hope and democracy the world has ever known. I was also blessed from my early days to have had a supportive and loving family. My mother and father, who have been married for 54 years, are at their home in Florida right now, and I know that they could not be more proud.”

President Biden has been familiarizing himself with Jackson’s works for over a year. In his reading and understanding of her opinions and proceedings, he was decided that she was the standout candidate from his other picks for the position. Most important in his decision was Jackson’s life story and surmounting rise from public defender to a judge on the federal appellate courts.

“Her parents grew up with segregation but never gave up hope that their children would enjoy the true promise of America,” the President said Friday. “Her opinions are always carefully reasoned, tethered to precedent, and demonstrate respect for how the law impacts everyday people,” Biden said. “It doesn’t mean she puts her thumb on the scale of justice one way or the other. But she understands the broader impacts of her decisions, whether its cases addressing the rights of workers or government service. She cares about making sure that our democracy works for the American people. She listens. She looks people in the eye — lawyers, defendants, victims, and families — and she strives to ensure that everyone understands why she made a decision, what the law is, and what it means to them. She strives to be fair, to get it right, to do justice. That’s something all of us should remember. And it’s something I’ve thought about throughout this process.”

Judge Jackson’s career in the experience of her judicial service:

Jackson has served as Justice Stephen Breyer‘s law clerk instilling within her the importance of values it is for a Supreme Court justice to build consensus and speak on the understandings of the Constitution. She was a public defender, representing defendants in the court of law who did not have the financial means to pay for a lawyer. She has served as Vice-chair of the U.S. Sentencing Commission. Nominated by former President Obama in 2009, she was confirmed in 2010. Here she harnessed her intellectual apprenticeship under Breyer and focused on reducing unwarranted sentencing disparities and ensuring that federal sentences were just and proportionate.

In 2012, former President Obama again nominated Jackson to be a district court judge for the U.S. District Court for the District of Columbia, for which she was confirmed in 2013. In 2020 President Biden nominated Jackson to the U.S. Court of Appeals for the D.C. Circuit, for which she was confirmed in 2021.

Now that President Biden has nominated Judge Jackson for a Supreme Court Judge position, he will seek the senate’s consent to confirm Jackson to the Supreme Court officially.