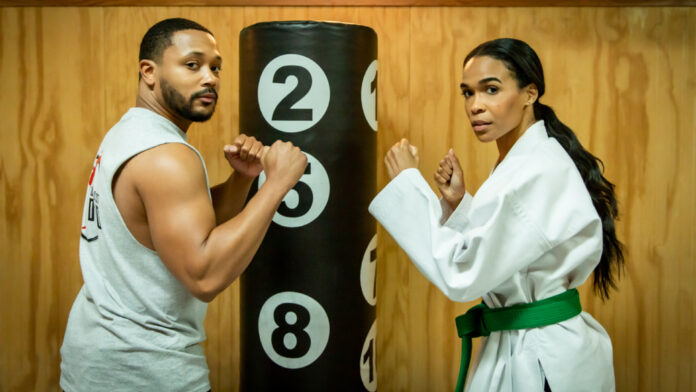 Victoria Christopher Murray is an NAACP Image award-winning and national best-selling author for, The Personal Librarian, which drew upon one of her earlier novel series, Seven Deadly Sins. Thus far, the Seven Deadly Sins series consists of four installments, Lust, Envy, Greed, and Wrath. The first two installments were adapted to film under the Lifetime Network and executive produced by Bishop T.D. Jakes, Derrick Williams, and Shaun Robinson. Lifetime has additionally given the green light to adapt the subsequent two storylines in the series, Wrath and Greed.

Greed will be starring Monique Coleman, Lisa Raye McCoy, Eric Benet, and Nathan Witte. In addition, Wrath will star Romeo Miller, Antonio Cupo, and Michelle Williams, making her movie debut in the series alongside Ms.Tina Knowles-Lawson. JaGurl TV caught up with Ms. Williams as she shared how her relationship with “Ms. Tina” helps drive the chemistry of their roles in the movie. “There were times on the road where Ms. Tina would have to console me as a mother,” Williams adds. “We have 22 years of our relationship. She is a nurturer and protector. She is Mother! You’re going to see that in the movie.”

The adaptations will continue under the same executive producers from the previous installments. The deciding factor came from the massive viewership success of last year’s installments, Lust and Envy. They garnered over 9.4 million viewers during their run on Lifetime’s network. The latest features will debut on the network for consecutive weekends starting this April 16.