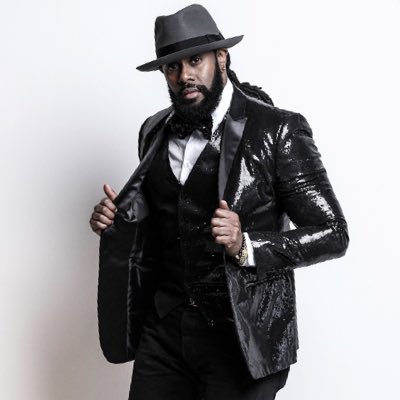 Marco Glorious Khare is a television personality, actor, model, singer and event host. Born May 23rd in New York City, he has been grinding in the entertainment business since he was a kid. Currently, he is most famously known for his years of work on the Wendy Williams live daytime talk show. JaGurl TV sat down with Marco to talk about his career development and what he has done over the years to get him to this point.

Marco has been a part of the Wendy Williams Show staff for about 7 seasons. Over the years he has become a household name for Wendy fans. As Wendy’s right hand man during work hours, he has learned a lot in his position. “Wendy she’s phenomenal. As an entertainer, especially being in New York, Wendy is a staple of New York media. Just her transition from radio to television, she’s been a legend for a while now… she’s great to work with and I learn a lot from her.” He continues by saying, “At the Wendy show the staff is a very small staff. Its a live show and our staff takes a lot of pride in being able to execute a live show on a day-to-day basis.”

Most people would call Marco the “hype man”, especially if you have been an audience member for the show. Marco explains that his position has many layers to it and is bigger than just a hype man. “My official title is audience producer. Anything that has to do with the audience kinda has to go through me. We book the audience based on demographics we are looking for, topics she’s talking about throughout the week, guests that we are having, and you know we’re just trying to get energetic people.” As he elaborated on his role at the show, he also explained what he has created with the staff for fans and viewers. “We’ve kinda created this whole Wendy show experience, myself and Dj Boof. Wendy often says on television that its a show within a show and I feel like from the moment she walks in it’s straight party and I host the whole experience.”

We love seeing Marco on the Wendy Williams Show with a mic in his hand ready to feed good energy into people but we cannot forget about the other parts of his long career. “I also run an event planning and production company. We do any type of special event you can think of from lighting to entertainment.” His production company DJUSA plans corporate events, fashion shows, club parties, weddings, and just about anything you can think of. They have worked with brands like Foot Locker, Adidas, Calvin Klein, Sean Jean and more.

Marco graduated from Newburgh Free Academy in 2002. Here is where he dipped his foot into regional and community theater. His acting background as a child came in handy during this time of his life. As a child he did background work on The Cosby Show where he felt like Bill Cosby treated him with respect and acted as a father figure.

As he got older he developed his blooming career by getting an internship with Bad Boy Entertainment for about a year and a half. He watched as the big dogs would show him what it means to be determined and have work ethic. The team was all about getting the job done. All though he enjoyed his time as an intern, he eventually moved on to the next tier of his career. “I made the choice to move on because its kinds of hard to maneuver. For people to respect what you do you kind of have to leave the situation and let them kind of see what you do outside of the four walls that they are used to seeing you in.”

So what is next? On top of the many jobs that Marco already has, he is hungry to do more. He believes in the entertainment industry you have to be involved in a little of everything to stay relevant. “Right now I am working on my own talk show. My good friends, Lawrence Anthony, and myself. Right now we are looking at it being a late night talk show called ‘Late Night in Harlem’. We’re pitching it. We have shot one part of a pilot. We’re shooting another part of a pilot at the Apollo Theater in March.”

He appreciates people who show him love, support the things that he does, and encourage him. “I think you get to a certain level and you loose that je ne se quoi of what it is to be a human being. At the end of the day I feel like as an entertainer you go into this to make people happy or to showcase what you do or showcase your talent. But at the end of the day if it wasn’t for the people who showed you love or if it wasn’t for people who were interested in what you have to offer, you wouldn’t be anywhere.” It is important to remember your humble beginnings and acknowledge the people who got you where you are.

Keep your ears to the street and your eyes glued to the TV screen. You never know there Marco Glorious Khare will pop up next.