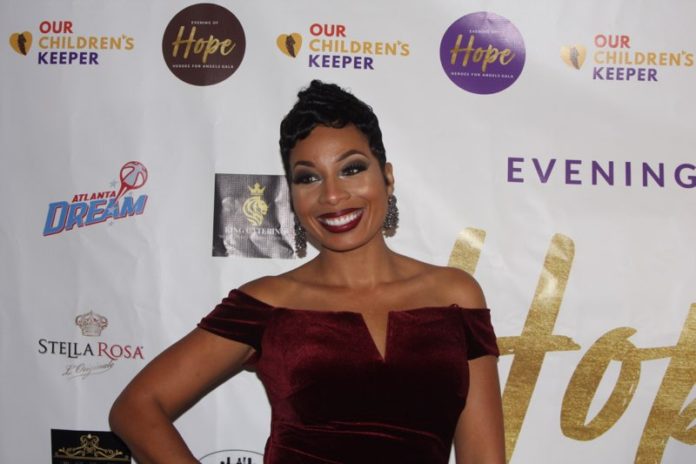 Bravo’s, Married to Medicine star, Genise Shelton not only is a wonderful business owner, producer, TV host, actress, model, and mother of six, she is also a staple of hope and enlightenment within her community. As a voice for change and awareness, she is using her outstanding platform to shed light on a cause that she is extremely passionate about, which is child sex trafficking in Atlanta. She hopes that through her work she will be able to positively affect those around her.

So, what is sex trafficking some may ask? According to the Justice Department, child sex trafficking refers to the recruitment, harboring, transportation, provision, obtaining, patronizing, or soliciting of a minor for the purpose of a commercial sex act. Many in our country are very uninformed about the regularity of which trafficking occurs. Many of which may think this is not something that happens as often in the United States’ let alone in our very backyards. Through the work of her foundation Our Children’s Keeper, Genise can attest to the proximity of which these things can occur.

“…When I was first doing my research I didn’t realize how profound it was here [In Atlanta] as a hub. Recently, Atlanta has been capitalized as the number one city in the country right now as far as child sex trafficking and I am passionate about it because our children, our black and brown children are going missing in this country and are being treated as an after-thought and there is no platform for our black families” Shelton explained. With that as her main focus Shelton created her non-profit foundation Our Children’s Keeper with the mission to be the ‘voice for the voiceless’ and “by providing a platform of hope for the overwhelming number of missing persons of color.

She and others at her organization go out of their way to help to find, support, and encourage those who were victims of the sex trade. They provide resources, shelter, and safety for the victims while they deal with the mental, sexual, and emotional abuses that they were subject to while being sex trafficked. She said this when speaking about those that had lived the majority of their life in the sex trade, “You have to definitely know how to rehabilitate a victim of sex trafficking. [They] can’t be pushed back into society too soon; that’s all [they] know is rape, is pain, is torture; It’s not a clear cut process, it’s pretty much ongoing the rest of their lives because they have to reset and they’ll have to adjust back into society after going through something like that.”

Some of the ways in which her organization Our Children’s Keeper brings about awareness to the subject is by assisting victims of child trafficking cases finicall, and by also having events that shed light on the reality that child sex trafficking victims face on the daily basis. One of those events include “Heroes for Angels Inaugural Gala”, in which Shelton and her organization celebrated the survivors of child sex trafficking and work[ed] to end the horror of sex trafficking in our youth. This event was sponsored by companies such as Walmart, Kroger, Sam’s Club, and many other’s and was one of the amazing ways that Our Children’s Keeper continues to strive to bring light and information into the community. They are spreading awarness, and hopefully in the long run, prevent more people within the community from becoming victims of the sex trade.

When asked in what ways we as individuals can raise awareness of this crisis in our communities Shelton replied, “We have to be more vigilant. We have to be more aware; Make sure these kids get home safely, walk them home!; we are all of our children’s keeper. All of them!”

For more information on child sex trafficking, and how to get involved visit: OurChildrensKeeper.org