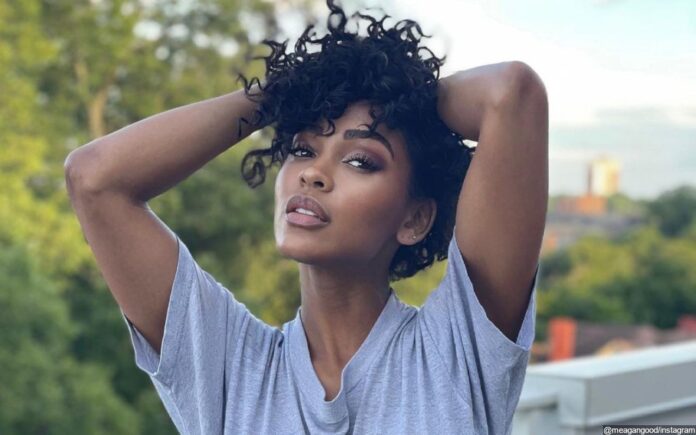 Meagan Monique Good is an American actress and model who was first introduced to American audiences as a child actress in ABC after-school specials. In her adult years, most recently she starred as a lead actress in Amazon Prime’s upcoming series Harlem. We known her to always be a rockstar in her career; including now as she’s shifting her purpose to uplift others in troubling times.

To everyone’s surprIse she is currently in a process of divorcing with her husband, DeVon Franklin, after 11 years of marriage. Franklin is an American producer, author, and motivational speaker best known for his spiritually uplifting films Miracles from Heaven and Heaven is for Real. After revealing their separation, Meagan has revealed that divorce has changed her perspective on breakups. She honestly expected to spend the rest of her life with Franklin. “In my situation right now, it’s a little bit different because I thought that that would be the last time that I would ever be doing that and that I would be doing this with that person forever.”

Megan further describes the ordeal as “the most painful thing I’ve ever experienced in my life.” There is turmoil but at the same time a silver lining amid her journey. She is fully invested in her self-healing path and has expressed this to the public. “Not everything makes sense to me right now, but I do trust God over all, and I’m excited to see what this next act of life is going to be and what God has in store.” Both Good and Franklin share a common thread in spiritual faith as she continues her growth, adding, “That’s all I can do, but even in doing that, I do have gratitude and so much joy in my heart for these past 11 years that DeVon and I have been together. What he’s given into my life and what I was able to give to him—just everything. Every season, every part of it has been incredible.”

She still desires to impart wisdom and positivity amid her situation as a lesson to others with her courageous spirit. “I think it’s important for every relationship to know that it’s really about perspective, and it is how you perceive and look at things.” She also insists to “trust in God in the process no matter what it is because your faith in God is only valuable when it is being tested; that’s when faith matters.”