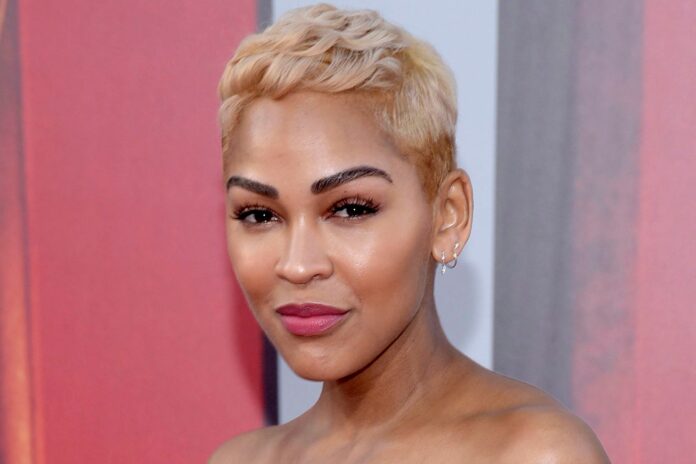 Meagan Monique Good is an American actress and model. She was first introduced to American audiences as a child actress in the series ABC After-School Specials. She is most recently a lead actress in Amazon Prime‘s upcoming series Harlem. After recently concluding the divorce process with her husband, Devon Franklin, of 10 years, Good is eagerly on the path of “learning to live again.”

Meagan has revealed that divorce has changed her perspective on breakups, as she initially “thought and expected to spend the rest of her life with Devon.”

“I’ve learned not to be as much of a people pleaser. I’ve learned that not everybody will get you or like you, and that’s okay. Knowing who your tribe is and being thankful for that and knowing sometimes they’re not your tribe is okay too.” Good shares her retrospective.

Since the conclusion of the divorce, Good has found power in sharing and receiving kindness and gratitude. “I’m learning to live again in a different way. loving and treating people with respect regardless, and never letting how people treat me change the integrity of who I want to be.”

In solid concert with her current practice of bestowing and receiving grace, she applauds the learned lesson from her mom. “My mom was always very clear about being humble, not believing your hype, and having an identity outside of being an actress.”

“I’m excited about what’s next, and I feel very hopeful. Life is not just short, it’s precious, so I am just being intentional about being present.”