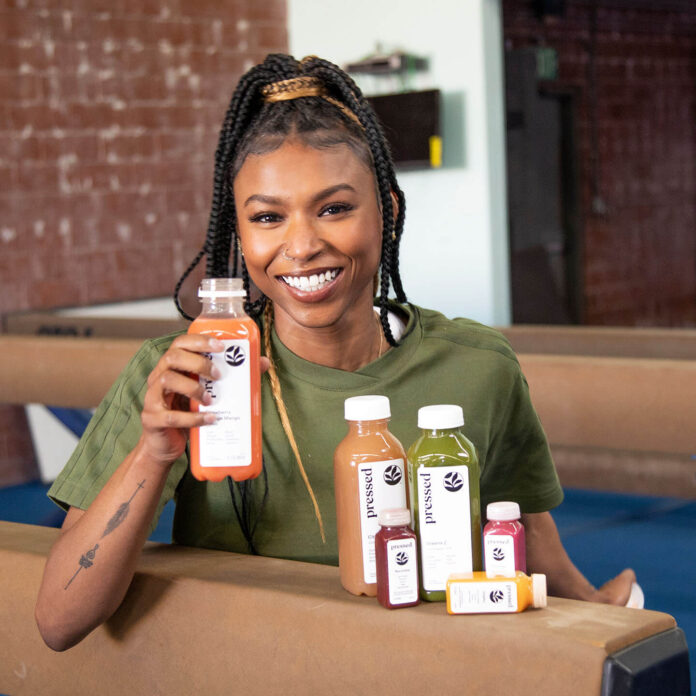 Nia Camille Dennis is a retired American collegiate artistic gymnast. She started her official career in gymnastics at age 10. In 2010 she competed at the Cover Girl Classic in their age 10-11 Hopes Division and placed second. She would then accumulate additional awards and acclaim in the sport through her tenure at UCLA with the Bruins team. After graduating from UCLA, she officially retired in April of last year.

In an interview last year on Daily Bruin, Nia stated, “There’s just so many things that I want to do because gymnastics has consumed so much of my life. This is definitely the time for me to really figure out what I’m good at.” And in deed, she did just that scoring a partnership with Pressed Juice among her many talents and accolades.

Currently, in 2022, Nia is on yet another journey in her life. In an interview with Essence Magazine, Nia expresses her sustained resolve to continue seeking and enjoying new adventures and experiences. “I’m just looking forward to any opportunities that come my way. I’m just so grateful and blessed to be in the position that I’m in.” Further highlighting her stance to try new things, she highlights her partnership with Pressed Juice. “I’m so excited and so honored to be here with Pressed. Like I said earlier, this year is about getting 1% better every single day, and Pressed is just the perfect way to do that.”

That’s not even the half. Along her path of self-discovery, she still desires to impart wisdom and sage advice to assist others. “Mentally, I start my days off with journaling. I think it’s really important to prioritize your mental health and prioritize what’s going on internally. I start journaling, and then I plan a day out by then.” She adds a heartfelt message to inspire young black girls. “I would say to always believe in themselves, stay confident in themselves. Don’t listen to what other people tell you about changing the way you look or changing the way that you feel about yourself, because at the end of the day, you only have you, and you’re your biggest advocate, so push yourself hard, work hard. It will pay off.”

Signing off, Nia has also expressed sincere interest and intention toward getting into entertainment with high regard for dance, acting, and being a stunt double. We at JaGurl Tv will definitely be on the lookout to continue covering this phenomenal young woman’s success and triumphs.