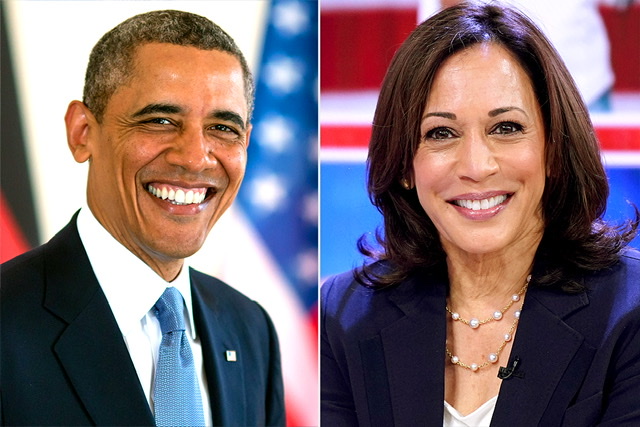 Former president, Barack Obama recently joined Democratic Vice President nominee, Kamala Harris via video chat to gave insight on her possible future position. Obama spoke on what to look forward to in the upcoming campaign as the election winds down to its final moments.

In the video, the two are seen conversing over video chat in what looks like their offices. The conversation begins with Obama getting to know Kamala’s “tricks of the trade” and how these help keep her motivated throughout the period of election season. Obama and Kamala connect and reflect on the moments that Obama claimed are, “Those moments, and you never knew when they’d come.”

Joe Biden, who served as vice president alongside Obama, is the next topic of conversation when Kamala asks “So, tell me about Joe and your relationship with Joe and what do I need to know?”

Obama first explains Joe’s favorite food and his love for icecream and pasta with red sauce. Obama then goes into detail about his key points in working with Joe. “The main thing to know about Joe has never lost his sense of why we do this,” the former president stated. “And we do it, because, for him, memories of his family back in Scranton [Pa.] and then the people of Delaware that he represented, the folks on the Amtrak train he met each and every day. He is constantly aware that that is why we do this and that everything that comes up, his focus is gonna be how’s that gonna help those people who sent him there?”

Kamala comments thats what she loves about Joe. “It’s what the people deserve, it’s what the people want. Folks want to be seen and Joe sees people through those aviator glasses and without them,” she said.  “He really does see people, it’s a very special thing about him.”

The vice presidential debate is scheduled to take place on Wednesday, October 7, 2020, at Kingsbury Hall at the University of Utah in Salt Lake City.

Voting for the election can be found at: volunteer.whenweallvote.org/page/jagurlravin