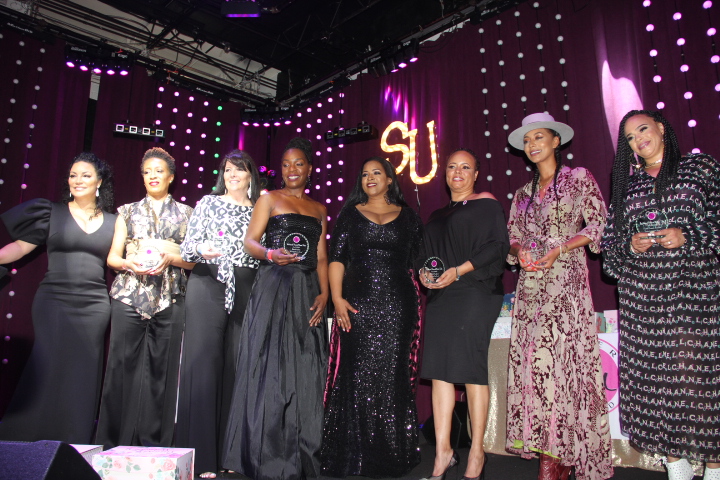 Sisters United of Atlanta was created to form a strong sisterhood, creating an environment for women to not be ashamed to share their trials a triumphs through their journey. The 2nd Annual ‘Power of Women Fundraising Gala’ was hosted Sunday, May 19th in Atlanta, Georgia. It was hosted by Egypt Sherrod, as they honored six beautiful black women Faith Evans-Jordan, Keri Hilson, Maureen Kournowa, Rikki Hughes, Ilham Askia, and Dr. Tameeka Law-Walker.

This Gala took the time to recognize each of these strong women, as well as having Judge Terri Jamison as the Key Note Speaker. During her speech, Judge Jamison elaborated on when her family went through a tough time with her father being sentenced to jail. She explained that during this tough time for her father, he had her mother, who was extremely powerful, and relied on faith. She went on further throughout her story saying that her mother worked on getting a post-conviction release, which is extremely difficult. “If you have a purpose, it is born out of pain” Judge Jamison stated.

She pin pointed that the power of women has to be used to make a change/difference in people’s lives. “We live for the first time in a place where women can be the first pilots or the first African Americans to make a difference by running for Governor, for being in a political arena and having the ability to influence power from the inside, to have a seat at the table ….” Jamison made sure she brought to the light that things are different now at this point in society, and women can finally have a seat at the table. Women can finally have powerful positions where they can use the “power of women” full force to make a difference in the community.

Keri Hilson, who got honored with the philanthropy award, humbly thanked everyone for being giving that award and said that she felt really honored.“ I recently opened up about my disappearance act, and what that was all about for me.” Hilson lightly brought up her disappearance the occurred and where did her new flame/passion from, which she stated “This foundation, my purpose, a new flame of passion came from my pain.” She told the audience that this honorary award was a good time as she proceeds to be on her way back.

Faith Evans was honored with the women of entertainment award. “I know I’m not here because Q is like my brother, I know I’m here because Kadejha use to babysit my kids, ya know what I mean.” Faith cracked a joke or two, but she also thanked everyone especially God for being honored with that award.

The night was filled with uplifting and empowering women. Letting women know that they are truly needed in the world, that their undeniably power should not go noticed, and that sisterhood is what can truly keep all women up in the world.

Exclusive: AsiaNae Talks Being an Entrepreneur and the Importance of Artist Development

Bounce Releases the Touching Story of ‘Who Is Christmas Eve?’ Just in Time For the Holidays