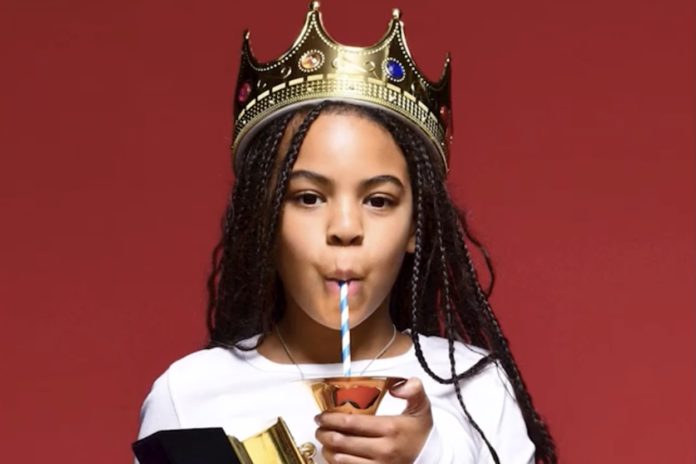 “Brown Skin Girl” was a track featured on “The Lion King: The Gift” album was nominated for Best R&B Video. Unfortunately, the top-charting single didn’t win that award, but it did win the award for the best cinematography category.

The stunning visual for the song features appearances from famous black celebrities and close friends to the Carter family, such as superstar Naomi Campbell, singer Kelly Rowland, and actress Lupita Nypng’o. The song is meant to highlight and reflect the beauty of darker skin tones.

Before the music video debuted on “Good Morning America”, Beyonce wrote a statement declaring her intention behind the visual.

“It was so important to me in ‘Brown Skin Girl’ that we represented tall different shades of brown,” the singer said in a statement (via Rolling Stones). “We wanted every character to be shot in a regal light- Jenn Nkiru came up with the Black debutantes. It was important that we are all in this together, and we’re all celebrating each other.”

Blue also received writing credit for the single, making her official entry into the Billboard top 100 charts. Earlier this year, the young star won a Grammy for the track. The win makes her the second-youngest person in history to receive the award.