Home Featured Stories Denzel Washington Speaks on the Oscars incident with Will Smith and Chris... 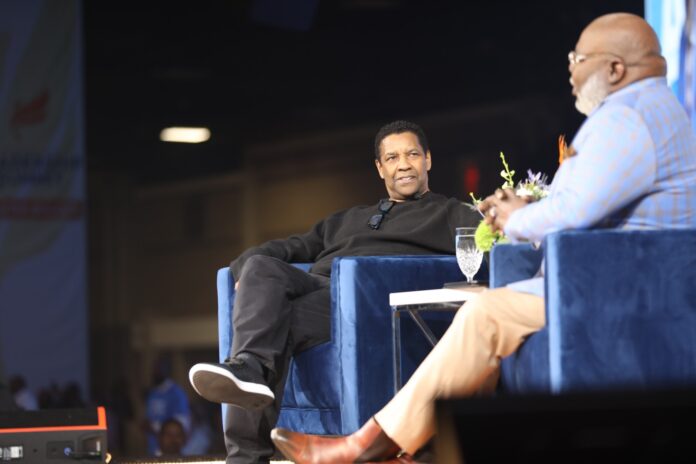 Denzel Hayes Washington (commence swooning here) is a multi-talented and award-decorated American actor. He is well known for his rugged handsomeness and acting chops on screen and stage. He is also a director and producer who has released many popular projects, such as the action-packed series, The Equalizer, and the more recent drama, A Journal For Jordan. Despite being near perfect, he is not remiss from making mistakes nor addressing and helping his friends in their times of oversight. Recently he spoke about his boon companion Will Smith and the slap that has taken over the internet.

If you’re reading this, I’m sure you’ve viewed some version of a clip of the interaction between Will Smith and Chris Rock at this year’s Oscar awards ceremony. The short of it proceeds from Chris Rock making a few too many jokes that didn’t agree much with Mr. Smith. Unfortunately, the taunts engendered him enough to meet Chris with a minor thwacking. Smith has since pursued owning and atoning for his actions, including accepting responsibility and repercussion for his outburst.

Being a man of faith, Washington was called on to speak at Bishop T.D. Jakes‘ International Leadership Summit 2022. Here, feeling the power, he feels compelled to weigh in on his friend’s actions by first imploring a quest for understanding. “Who are we to condemn,” Washington states concerning the event. Washington understands the company and strength of divine devotion to overcome temptation. “Fortunately, there were other people there, in the gap.” He wholeheartedly believes in a better fix that could have alleviated all the blowbacks from the incident. “I don’t know all the ins and outs of the situation, but the only solution is always prayer.”

The internet is divided surrounding the impact of the Oscar Occurrence, but one thing will remain a constant; anyone can benefit from a second chance.