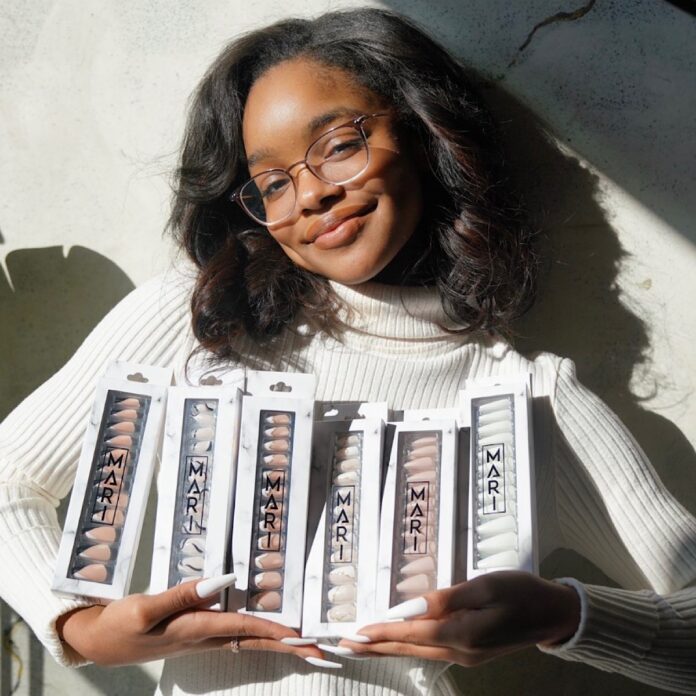 Carla Marsai Martin is an American actress and the youngest female producer in Hollywood. More famous for her role as Diane Johnson on the hit ABC sitcom Black-ish, Marsai is sharing her new venture into the world of beauty with us.

Creating her mark in a niche market, she shares with us via Instagram why she chose to go into nails. “Y’all know I’m an artist at heart, and expressing myself through nails has always been a huge source of creativity for me.” More than just her expression she adds, “Also, everybody and they momma was doing makeup, so I wanted to do something different.”

Her luxury nail brand Mari By Marsai officially launched on February 2nd of this year. This was planned in coherence with the impact of launching the venture at the start of Black History Month. The debut collection consists of high-end press-on nails in various color palettes and art designs.

Just because Marsai is dipping her fingers into the fashion and beauty game doesn’t mean she’s lost her knack for acting and entertainment. She is confirmed as a recurring guest voice on Disney+‘s upcoming reprisal of their early 2000’s hit show, The Proud Family. Also, she and the rest of her Black-ish cast and crew are in the wraps of their show’s final season on ABC as well.