Home Hot Tea Power Couple Russell & Ciara Wilson Shares How a ’Why Not You?’... 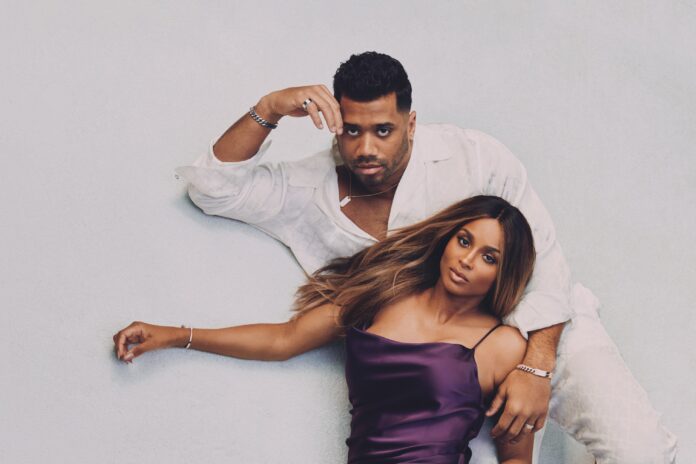 Russel Wilson is an American Football quarterback playing for the Seattle Seahawks of the NFL. Ciara Wilson is an American singer and songwriter, dancer, model, and actress. Together they form the power couple that has the world smitten with them being the ideal couple goal. And why not, right?

As of 2022, the power couple can also officially add authors to their resume as they debut their first children’s book, Why Not You?. The children’s book is released by Random House publishing and is a picture book geared toward readers aged 4-8. The grand idea behind the project was to instill a sense of self in the young readers. This same mindset that the couple, Ciara and Russell, were raised with and attribute to them being superstars in their perspective arenas.

“For me, it was in the words. My parents spoke life into me,” Ciara shares in an interview with Essence in regards to her upbringing that inspired the book. “I didn’t have a lot, but I had a, why not you attitude. Also, seeing my parents make it happen with the little that we had also inspired me. So for me, that was my way of my why not attitude. They supported me and my dreams.”

Russel’s attitude toward why not you manifested in his desire to push himself to excel. “For me, growing up, my dad and my mom used to always ask, ‘Son, why not you? Why don’t you graduate early? Why don’t you play pro-football and pro-baseball? Why not you?’ Russell says. “And that was a subconscious question that I think we all have to ask ourselves sometimes in life.”

Russell continues to admit while in his sincere and vulnerable place that this same mantra contributed to him courting and marrying his wife, Ciara. “It’s how I got Ciara,” Russell agrees that even adults have to remind themselves, “Why not you?”.

“I asked myself that question. ‘Why not you, Russ, Why not you?’ Shoot. Everybody’s talking about the prayer. I was asking myself, ‘Why not you?’ and that’s how we got here.”